If you are wondering “What is the definition of Sheboygan?” you have come to the right place. On this page we will define Sheboygan as well as use it in a sentence or in context as well as outline the origins or etymology of the term Sheboygan when used in the context of skiing and snowboarding. Skiing and snowboarding is famous for having a high amount of jargon much like other similar sports (skateboarding, surfing, mountain-biking, etc.).

To look up other terms check out our dictionary of ski and snowboard jargon here. For the definition of Sheboygan, please read on.

What does Sheboygan mean in ski/snowboard slang

Sheboygan is defined as a code word for last run. In most circles it is deemed very unlucky to say “last run”, so “sheboygan” is typically used instead. Since it is bad luck, if “last run” is said instead of “sheboygan”, someone is more than likely going to be injured at the end of the run. 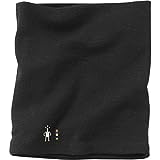 If you are wondering “What is the definition of Gaper Day?” you have come to the right place. On this page we will define Gaper Day as well as use it in a sentence or Read more…

If you are wondering “What is the definition of Steeze?” you have come to the right place. On this page we will define Steeze as well as use it in a sentence or in context Read more…